So…yeah. I mentioned on Facebook and Tumblr that I was going to launch The Fandom Lenses Classic Who Viewing project like three weeks ago. But, well, around the time I made that post, I discovered “Zilch! A Monkees Podcast”. I got lucky and tuned in right after they put out the first episode, and I was FLOORED.

You see, I’ve had this secret hope that someone would do a Monkees podcast for ages. I’d have taken a whack at it, but I lack the time and the skills required to do it right. Ken Mills, Jeff Hulit, Craig Cohen, and Craig Smith, already seasoned podcasters, were doing it right. Straight out of the gate they made Zilch! one of the best pop culture podcasts I’d ever listened to, and if you’re a long-time reader you know that I’m something of a podcast connoisseur. (Still sad I didn’t get around to reviewing the Alton Browncast before AB seemingly put it on hiatus, but I digress) 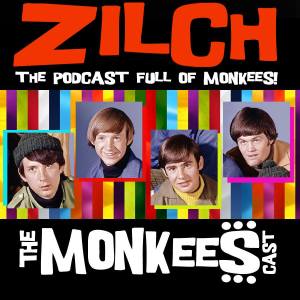 Long story short, I contacted Ken Mills through the Zilch! facebook group, and (after squealing openly with delight) offered to lend a hand—to connect him up with some of the coolest ladies I know in Monkeedom, maybe even introduce a song or two myself on the show if that wasn’t too presumptuous. The next thing I knew, “one or two guest spots” turned into becoming a full-on member of the team, and…yeah. 😉 As you can imagine, that’s been eating up most of my allocated “creativity/hobby” time, but I don’t mind a lick. We’re having a lot of fun recording the shows and moderating the fun in the facebook group (which is growing like a weed), and we have some really cool surprises planned in the coming episodes. Plus, I’m learning anew that, even in the traditionally gender-divided Monkees Fandom, the Fanboy and the Geek Girl can be friends.

And now, with that explainer/apology/plug for our podcast out of the way, we’re on to the first installation of the Classic Who Viewing Project!

What is the Classic Doctor Who Viewing Project?

Well, as I wrote back in June 2012, in the wake of Anissa’s death it had become screamingly obvious I needed a new fandom in my life. Now, I’d been leading a very pleasant and responsible life overall, but the paradigm shift of her passing made me realize anew that life’s too short not to be silly. In the old days, of course, my go-to solution for silliness in times of trouble was the Monkees. But of course, in June 2012, it looked like Monkeedom was deader than dead. I mean, Davy was gone, and It wasn’t like Nez was ever going to tour again save the occasional very rare solo thing out in the boonies, and—

Sorry, lost it for a moment. Where was I? Ah yes, Doctor Who! So, I assumed that I needed a new fandom. Doctor Who had always intrigued me over the years, even as a kid when I’d see promos for Tom Baker era eps on the local PBS channel. But I never had occasion to try it out back then, and as an adult it just seemed too overwhelming. But in June 2012 a huge, immersive fandom seemed to be exactly what the, er, Doctor ordered. Friends initiated in the mysteries suggested the start of the “new” series as the best starting point. So I inhaled all of the Ninth Doctor and about half of the Tenth, loving it more every episode. And then, well…Nez posted his favorite Gazpacho recipe on Facebook and I fell down a very different rabbit hole for about a year and a half.

After the convention in March, I decided it was time to change pace a bit, and take a bit of a break from Monkeedom(*). I was enjoying the occasional Doctor Who episode as they re-ran on BBC America, but I was starting to feel the itch to go back to the beginning. I talked to my Who friends again, and they suggested going all the way back to Unearthly Child, but NOT to feel as though I had to watch every single episode of every single story arc, as the early years are a bit slower paced than modern TV, and uneven in quality to boot. So I looked at the best fan websites and books that I could find, and decided that watching 3-5 stories per season would give me a good feel for the progression of the series, while still allowing me to make reasonably decent progress. Those three to five stories would include any debut and finale stories for a given doctor, arcs that were well-regarded by fans, and just stuff that jumped out as interesting based on descriptions in the episode guides I was using for reference. Also, I know this will be slightly heretical (in season 1 it led me to pass over the oft-praised Marco Polo), but for right now I’m skipping all stories that are only available in reproduction form.

I decided not to go into this project blind. I’m not one of those people who gets cranky about spoilers, and since I’m starting with stories that first aired in the days following JFK’s assassination, that ship’s well and truly sailed anyways. Plus, The Whoniverse is HUGE—possibly the largest Science Fiction canon ever created by man when you count the shows, the movies, the books, the comics, the audio productions, and all the stuff I’m forgetting. So here are the key sources I used to pick the “best” stories from each season, and to also get some contextual clarification and cultural analysis where needed. In no particular order, my favorite sources have been:

As of a couple weeks ago, I’ve finished watching all my planned episodes for season 1. Having taken a palate cleanser with the audiobook of A Clash of Kings (talk about mood whiplash!), I’ll be working on the season 1 essay over the course of this week as dissertation and podcasting obligations allow. Plus, y’know, WORK. That said, I think you can realistically expect it sometime next weekend. After that I hope to put out a season essay every two or three weeks. Of course, The lovely thing about reviewing stuff that’s 50 years old is that there’s absolutely no rush. 🙂 See you next time and until then, remember…It’s Just Fandom. 🙂

(*) Yeah yeah yeah, I know I told you at the top of this essay I just started co-hosting a Monkees Podcast. Stop chuckling, I can quit that fandom anytime I want. 😉

2 thoughts on “The Classic Doctor Who Viewing Project: Introduction”