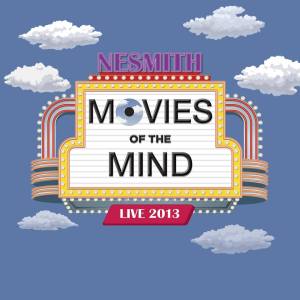 City Winery: About 15 Minutes After The Events In My Last Post

As the crowd thinned out, Dan the tour manager came to collect the Chosen for the meet and greet. Kevin took my coat and purse and went to kill some time in the fireplace lounge area outside the concert hall. Believe it or not we’re both actually pretty damn cheap frugal in most areas–He likes Nez’s music a great deal (and probably quotes his funnier lines more often than I do), but he’s not quite at the “$100 for 2-3 minutes of small talk” level of fandom either. So I and my three items were now on our own as I climbed the stairs with the rest of the crowd.

END_OF_DOCUMENT_TOKEN_TO_BE_REPLACED

I sat in the middle row of the classroom on our second night of class, in my first full semester as a Doctoral student. Most of the people in that room were about to become some of my best friends ever (I may have accidentally broken down in tears with one a year later during a phone call in O’Hare airport while coming home from Anissa’s funeral). However, it was still that awkward stage where we were feeling each other out, and I didn’t want to come off as a Weird Socially Awkward Nerd any sooner than I had to. We were in Research Methods, and the topic of the night was epistemology. In plain English, epistemology is the study of how we make meaning from the world around us, or in my prof’s words that night, “how we know what we know”. We had three guest speakers–advanced PhD students who were to share how they saw the world through each of the main epistemological schools. Some readers will likely not believe this particular coincidence, so I have taken the liberty of providing an audio snippet complete with snapshot of my notes below. Yes, the quiet gasp when our first speaker announced the name of the poem was from me, though I rapidly roped my inner ten-year old in and struggled to shove her back in the black box where (at the time) I knew she damn well belonged–far away from my adult professional self.

Our speaker for subjectivism shared the old poem of the Elephant and its Parts as a handy metaphor for how, according to subjectivists, people’s meanings often vary based on their perspectives and limitations. I fought to hold a straight face. I was an ADULT Damn It, a serious-minded academic librarian who had long set aside such childish things, and a new PhD student, no less. Rather than attentively listening to a handy refresher on philosophical issues that I hadn’t considered deeply since my sophomore year abroad, I was trying not to let my face show that biggest meaning I was making at that moment involved freaking Neighborhood Nuclear Superiority!

As we walked out of class, I allowed myself a quiet smile. While I definitely appreciated the seemingly good omen and it brought back fond memories of old adventures and old friends, I figured it was probably the last time I would think of Nez for the rest of my PhD coursework. I mean, it was 2011. The man was never exactly a road warrior, hadn’t put out anything in a good 5 years, and was pushing 70 to boot. He barely even posted to Facebook anymore. What in heaven’s name could possibly draw Michael Nesmith out of retirement at this late date?

END_OF_DOCUMENT_TOKEN_TO_BE_REPLACED

I need to start this post, really the last one before Nez in Chicago, with a brief retraction (or at least a mea culpa). Back in August, in my review of the Tulsa show, I may have left the slight impression that I was 110% sure there was no-way-no-how those septuagenarians were EVER gonna tour again entertaining the outside possibility that this past summer may have been the end of the road for The Monkees as a touring entity, and wound up upsetting half of Tumblr a few friends in the process. All signs (including this interview from Micky) seemed to bear out my interpretation till the other day, when out of a clear blue sky …

Yes, we will tour again, I am sure…M & P are good guys, talented and fun to work with.

You can see my full response on Tumblr (complete with Blanche Devereaux spit-take gif and a lot of stunned gibbering in the tags), but in a nutshell, I hereby pledge to stop trying to predict celebrities’ future career moves until the next time I do it.

Interestingly enough, until said Nez interview whacked me upside the head (as they are wont to do), this post was outlined as an early goodbye to posting essay here. I assumed that I wouldn’t have anything to say that was worthy of hearing after the Chicago show, and I feel my muse tugging my lead toward that novel thingy I was talking about the other day (though I still haven’t figured out how to approach the subject matter without it reading like a ham-handed imitation of Jodi Picoult to those for whom an echocardiogram wasn’t a midsummer tradition). But then I asked myself—Why am I, little miss Carpe Diem, antsy to close the book on everything that’s taken place here? The Monkees’ story may not quite be over yet (individually OR collectively). Even if they all retire tomorrow morning, I have a dozen outlined essays sitting in my dropbox folder (pretty much all NOT Monkees related, thank the gods). It’s not hard to work the occasional palate cleansing blog post in with the novel and the dissertation proposal, compulsive scribbler that I am. Then I realized that one of those queued outlines, about a recent tragedy in my own town, might hold a clue to my reticence.

END_OF_DOCUMENT_TOKEN_TO_BE_REPLACED

(Author’s note: I want to particularly thank the inimitable Amy Gravino for her feedback on and reassurance about this essay. Her example as both a superfan and an advocate for Asperger’s Syndrome gave me the nerve to share this facet of my unique fandom lens, and reassured me that I wasn’t just (over)sharing for the sake of sharing. She is a talented writer, a hilarious lady, a sensitive mentor, and one of the most awesome people I have met since returning yet one more time to the Monkees fandom. I’m honored to call her a friend.)

So, I’m on a study break from my qualifying exam the other day, puttering around a few corners if the net I’ve neglected the past few weeks while preparing for the Take-home test of DOOM. In one conversation related to the current solo tour, someone made a passing comment about Michael “Nez” Nesmith’s decision to only sign one Monkee-related item per guest at his post-show Conversation Receptions—specifically:

Ya think maybe he’s still not at peace with the whole Monkee thing? Or at least extremely frustrated at the huge shadow it continues to cast over everything else he’s ever done. I guess I would be too.

Now that hypothesis is nothing we Monkeemaniacs and Nezheads haven’t thought or read or even said a million times. But my gut’s told me the “not at peace” line is a simplistic hypothesis that’s easy to toss off in a blog post (I’m guilty of it, in my defense we’d just had a Very Big Day), but that hides a deeper truth. So I began writing a long-winded reply. And then I started getting really passionate. And then I stopped, and asked myself why I was so certain of the inner motivations of a fairly complicated guy whom I’ve never met (Well, I’m meeting him in 13 days. Oh, shit. *takes cleansing breaths*).

Seriously, why do I keep ranting over and over about the evils of entitled fans, in all fandoms? Yeah, it all started with a momentary screaming fit in my car over a tour that came 3 months late to fulfill a lifelong dream of one of my best friends, but I started wondering if there was more than that to the story. And then “the Flying Tomato” did a “Double McTwist 1260” in my mind’s eye, and I facepalmed. It was time to write the post I’ve been dreading ever since Gazpacho, Grief, & Gratitude went Monkees!Viral and I knew that I was not going to be able to extract my positionality and personality from the story I’ve told here of using pop culture to make sense of my life, and vice versa.