Fair warning, this baby’s about 3000 words. If you want something more succinct and less subjective, I heartily recommend Dave Swanson’s review for Ultimate Classic Rock, which utterly nails the vibe of the evening. If you’re up for a longer, stranger trip, click onward. That said, I think I need to back up a bit first for my bias disclaimer. Not much though, just 15 years. 😉

END_OF_DOCUMENT_TOKEN_TO_BE_REPLACED

Well, the title says it all. They released more tickets and we upgraded!

We’ll be wearing this

Introduce yourselves, we promise we don’t bite! 🙂 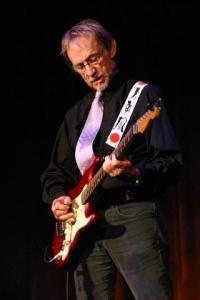 It’s been a damn bizarre year, and this weekend upped the ante to another level. It didn’t dawn on me the day I was going to be in for when I was sitting at the hotel breakfast buffet Saturday morning and saw shoe suede blues wander in and make a beeline for the coffee, then sit down at the table next to us. No… it took Peter Tork wandering in 20 minutes later to grab a bowl of granola before I fully realized I had landed once again on Planet Bizarro.*

Once upon a time (2000), in a land (yahoogroup) called Long_Title, there lived four Frodis Femmes.

There was Cin, the ringleader, and Mich, the warrior, and Camille, the mystic (and your humble author), and Anissa, the sweetheart. The four of us had our own quirks and damage from various geek girl adolescent traumas, but beyond all odds we were brought together by a shared affection for a half-forgotten 60s boy band. We wrote fanfiction and went to concerts together and snarked on the guys’ eccentricities mercilessly (though always from a place of love). More importantly we became friends despite (or perhaps because of) our wildly divergent personalities.

But life, as it has a way of doing, got in the way after a few years as early-20s gave way to mid-20s. While we all stayed friends, we drifted apart a bit as we chased our own personal and romantic dreams. There were marriages and graduate degrees and careers to be created, and I like to think that each of us drew strength and writing skills from our time as postmodern self-aware Mary Sue kickers of fanfic villain butts as we figured out how to be heroes to ourselves.

That said, there’s a difference between growing stronger and growing harder. For reasons I’ll skip, I spent my whole life driven to be a success. Not to achieve fame or fortune, but to develop my talents to their utmost in the service of others, to make sure my life mattered. In service of that goal, I became a librarian. Then I wrote a scholarly paper. And then that paper was selected to be presented at a conference in Cleveland—the geographic center of the other Frodis Femmes. (I live a few states away).

There were a few tentative plans to meet up while I was in town, but nothing definite. And then, the week before my trip, my life went chaotic. While most of the issues had been sorted by the time I arrived in Cleveland, I was a basket case and there were still a few balls up in the air. Between that and the fact that logistics had never been finalized, I/we cancelled the meetup. It was an awkward time for all of us, and there’d be other chances, after all. At least, that’s what I told myself at the time.

Fast forward a couple years, to early 2012. For obvious reasons, the four of us started talking more in early march, and there was some tentative discussion of going to a Shoe Suede Blues show later in the year. Anissa was particularly enthusiastic. I didn’t commit one way or the other, as I was well into my Ph.D and didn’t know if more important things to my career would be going on.

END_OF_DOCUMENT_TOKEN_TO_BE_REPLACED

Warning: Epically long post is epically long. (and was originally posted on my Tumblr)