Well, what did you think? Over the past few days I’ve been sitting here trying to make a final sense of everything that just happened and translate it to you back in 1988, as well as my readers here in 2014. I hope I gave you some sense of the joy that’s waiting for you, even if I can’t exactly send you the photos or videos from the future that my friends here were able to see. However, there’s something I’ve dodged and danced around all weekend. I can almost hear you yelling it from 1988. 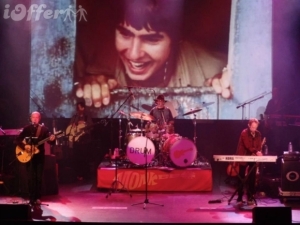 Well, I can’t tell you that part. Not because the Doctor says I can’t, but because I remember who’s your favorite more often than not right now. I literally can’t bring myself to write those words out to you and pile one more unnecessary pain onto your burden.

Of course, that was enough of a hint. I know how smart you are, and I know you’ve seen more of the harsher facts of life than you realize yet. Fortunately I also know that’s enough to convince you this is all really just a dream, because there are some people even you don’t quite believe can die. You can stare into a friend’s coffin at the age of 4 and wonder if she’s wearing her cowboy boots. You can watch your dad collapse unconscious at your feet with his first seizure while you’re home alone with Daniel a year later. You can trace the scars on your torso and remember the stories of your own brushes with the abyss. But a Monkee? Die? 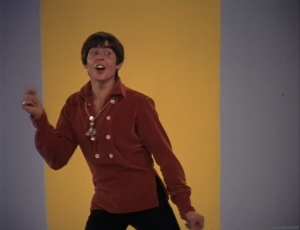 Well, first, in a weird way you’re right. As long as there are fans like the people we hung out with this weekend, Davy’s not going anywhere, at least not the Davy you know. But second, and more relevant to you right now…Is it possible that we need bad stuff to happen to be able to appreciate the good stuff?

The darkness you’re wandering in right now WILL fade, not tomorrow morning, but sooner than you think. This convention in and of itself was awesome, but it’s really just one relatively tiny facet of an amazing set of adventures you’re about to embark upon, very few of which have anything to do with The Monkees. The other day, I looked at the front page of the journal you’re writing right now—I’m glad you saved it by the way. I was shocked to realize that EVERYTHING you put there as a wish for your life to include, even the stuff you’re going to erase or scratch out in a couple years because it will temporarily become really embarrassing (and that’s OK too), has happened. Now don’t get me wrong, There will be things that are scary and things that hurt, but in the final analysis you won’t want to trade away a minute of it. 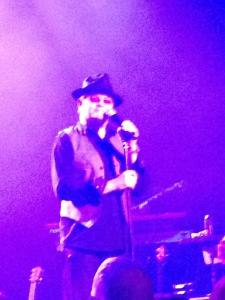 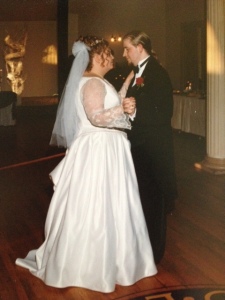 I’ve written all this to you in the hopes that you somehow remember just one thing. For this magical weekend and everything that’s led up to it to happen, you MUST open your eyes, and get up off your chair. There is so much more to do in the sunlight than I can explain to you—in part because I’m 37 and don’t speak the language of 11 quite as fluently as I once did, but also because I know you. You’re an intelligent girl, probably too smart for your own good, but some of this you simply can’t understand yet. It’s like explaining long division to a toddler—your brain hasn’t grown enough yet. I’m glad I got to share this diary with you, but I’m also glad the Doctor reassures me that you won’t consciously remember reading this come tomorrow morning. I know this will sound like a riddle, and in a way it is, but you have to go away before you can come back.

I know all too well that you’ll be awfully tempted to sit in your room and imagine this story over and over and let life pass you by. But you can’t. If you keep hiding from the world so that it won’t hurt you, none of this can happen. I want you to gather the courage you don’t know you have yet, go out into the world, and make some friends. Shut off the record player, turn on the radio, and get hooked on some music other kids like. Yes, I still agree that New Kids on the Block are just a third-rate knockoff of you-know-who (and I will merely observe that THEY don’t seem to be having any conventions these days), but there’s actually some decent music out in the world too. Go find it, and make friends in the process. Some people will hurt you, but fewer people than you imagine. Joy will follow this season of pain, just like the sun follows the thunderstorm.

Looking back at 37 I can see that you, like more people than you can really understand quite yet, weathered too many storms in quick succession way too early. You and I were definitely changed by those experiences in ways that have echoed down to 2014, and will probably last for the rest of our lives. However, I swear to you that the sun is about to break out. You are going to have a better and more fantastic life than you can imagine, and everything I just described to you is a vanishingly small part of the magic that is about to unfold for you, your friends, family, and beyond.

And with that, It’s time to get off my chair, and embark on our next adventure. If nothing else, over the last 2 years, I’ve finally learned to love you. And I know you’ll love me.

The power’s inside of you,

P.S. Keep writing. A LOT. You ARE naturally good at it, people aren’t just saying that to be nice.  You don’t have to be a novelist to be a writer, and writing will take you to some wonderful places for both work and play.

The Girl groans as her mom knocks on the door telling her it’s time to get up for school. It’s 7:00 again. For some reason she’s a lot sleepier than usual—and then she remembers the VERY weird and vivid dream she had. Or wait! Was it really a–?

Swiftly the girl grabs her glasses from the nightstand and frantically rummages around in the bedcovers for a moment hoping to touch the binding of a diary, but finds…only bedcovers. She muzzily thinks, “I guess that’s how it goes sometimes…”, then shakes the last of the cobwebs from her head and makes for the shower.

After returning from the bathroom the Girl reflexively walks over to the turntable and starts to put on Headquarters for a little music to get dressed by…but then she stops. Instead, she turns on the radio to that pop station all the other kids talk about at school. The Fresh Prince spills from the speakers, declaring that “Parents just don’t Understand!”. As the girl gets dressed, she smiles a bit, and thinks about another quiet girl who doesn’t say much to anyone. She’s never bullied anyone that The Girl has noticed, and maybe she’s lonely too. Aside from her tendency to wear New Kids on the Block tee shirts, she really doesn’t seem all that bad. Perhaps she could risk saying hi in the lunch line… 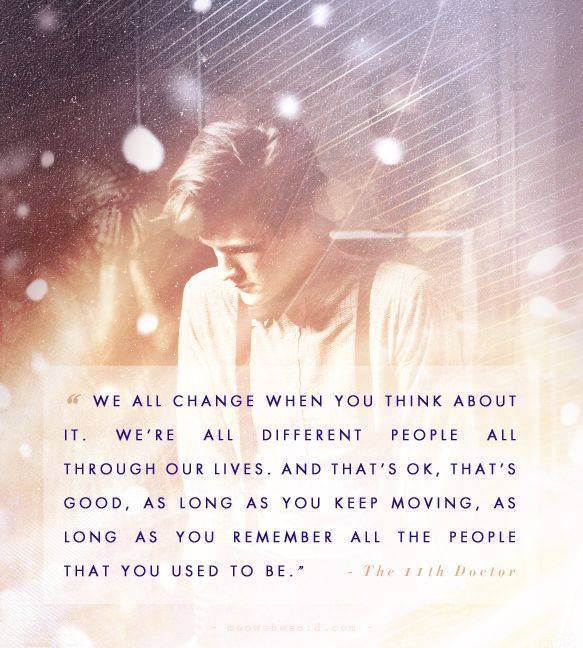 Think you might have missed a post? Go to Monkees Convention 2014: A Quick Guide to the Complete Coverage…

6 thoughts on “Monkees Convention 2014 Epilogue: Final thoughts to the Girl I Used to Be”